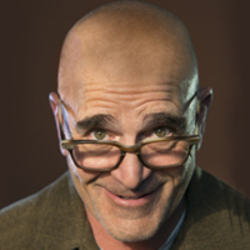 With 25 years (and counting) on the "other side of the glass" as an award-winning copywriter, creative director and producer who's created hundreds of TV and radio commercials, Bruce Abels (aka Ready, Willing & Abels) is a versatile voice actor uniquely attuned to what a director/producer wants—from interpreting specs and scripts to taking direction. His specialties include commercial, narration, promo and corporate imaging. His broadcast-quality home studio is linked worldwide via Source-Connect Standard (user name: rwabels) and Skype (user name: rwabels)

A small-town boy from the mountains of southwestern Pennsylvania, I came to Colorado to ski bum for one season—then planned to hit LA and find fame/fortune—but never left. When not behind the mic or creating advertising or writing magazine features, I'm skiing the bumps, golfing, biking, camping, fishing, attending concerts, playing blues harmonica, walking the dog or hanging out with family and friends.