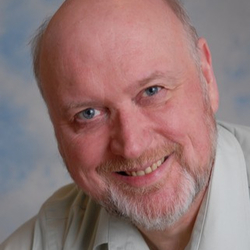 I trained at the Royal Scottish Conservatoire, graduating in 1977. Initially I taught Speech and Drama and Theatre Studies at secondary school level. I rose to Head of Drama in 1984 and introduced some of the country’s first exams in the subject. From 1988, I began doubling as a voice artist working for radio and TV stations across the UK.

In 1991 I was recruited by the BBC, with whom I remained until 2013, announcing on TV and radio, reading the news, narrating and occasionally playing roles. I even read the Shipping Forecast. For three years during the same period, an agreement with the BBC also allowed me be the voice of Sky television across the UK, Ireland and Scandinavia.

In early 2013, I left the BBC and returned to being a freelance voice artist.

My client list now stretches into the hundreds. I have recorded ads for television, radio and on-line, multiple corporate training videos, e-learning courses, online, retail and cellular/mobile games, acted in performance capture and ADR. Since 2014, I have also recorded a total of seventy five audio books for numerous clients around the world, and counting.

I have my own fully equipped studio.

If you need to to link up, my Source Connect ID is 'jamesgillies' and you can contact me via Skype under 'jamesgilliesnarrator'.