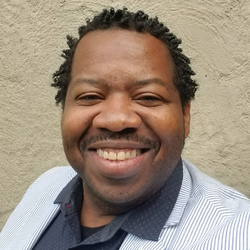 From the age of three, Matthew Bo Martin Jr, affectionately known as "Bo" has been using his voice to captivate audiences. As the son of a singer, Bo naturally took the microphone and formed a dynamic singing duo with his Mother, performing in and around Milwaukee WI. Fast forward to today and Bo has now spent years perfecting his voice as a VoiceOver Artist, Singer and Motivational Speaker.

He has been actively working in voiceover since 2011. In that time he has done many IVR systems, Explainer Videos, E-learning projects, Commercials for both radio and TV, motivational speeches, and Audiobooks. He has his own PROFESSIONALQUALITY studio and equipment from his home recording studio.