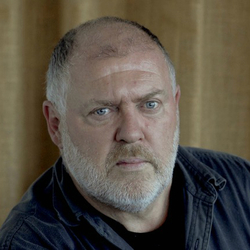 Stephen Oliver is one of Bigmouth's most experienced voice over artists. He is an avid traveller, author and voice artist. He signed on with the radio ship The Voice of Peace broadcasting in the Mediterranean out of Jaffa, Israel at the end of the 70s. He has free-lanced in Australia and New Zealand in various roles including production voice, narrator, newsreader, radio producer, columnist, copy and feature writer. Stephen lived in Australia for two decades so has an authentic Australian accent as well as his kiwi one. Stephen was the principal voice for the Documentary Channel in NZ from its inception until its demise in 2012. Stephen has a commanding, authoritative voice, ideally suited for audio visual, documentary narration, film trailers, radio and TV promotional campaigns, and is vocally highly adaptable right across the vocal spectrum. If you want the ‘Voice of God’ or a soft, resonant and seductive delivery – he is that distinctive voice artist.