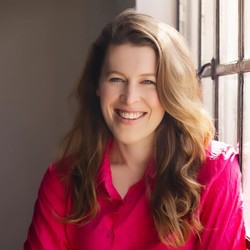 Alice Pearce is an actor and creative working in Auckland, NZ. Beginning acting at the age of 5, in her debut role as a dancing raindrop,  she has continued to work in the industry ever since, performing on both stage and screen. She has been a regular voice for the radio station George FM and has voiced a range of characters, from a rollerskating hippo, to a dying astronaut. Alice loves doing voice overs and always enjoys bringing words to life off the page.