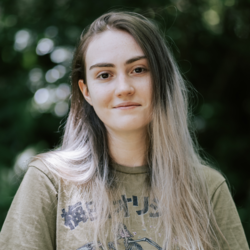 Allanah Fitzgerald is a gender-fluid professional actor based in Sydney, Australia!

They started creating voices at 11, and then began voice acting for multiple animations, video games, music tracks and other countless projects, including ADR.

She has a YouTube channel which kickstarted her voice acting carrer after doing impressions of popular characters in videos reaching over 3 million views.

Here are some projects I've been in!

'Crush Crush' by SadPandaStudios
'I Just Want To Be Single!!' by Tsundere Studios
Assorted Animated Shorts by ZAMination
'8SEN (Mugen Sen)' by ITSASH0WTIME
'Popup Dungeon' by Triple.B.Titles
'Kiss/OFF' by Shark and Pelican Games
and many more!