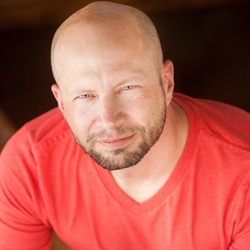 Your kids have likely heard Andy in numerous video games, like Five Nights at Freddy's, Marvel Avengers Academy, Contagion, The Conjuring House, Nelo, Rico, and more.  Ask him for a free custom video greeting for your kids!

A fulltime voice actor with an incredible studio (ask for a video tour!), Andy voices projects daily, in all genres of voiceover, except two:  Audiobooks, which he hates, and toys, which he desperately wants to do!

A native Southerner of the United States, Andy is a student of all Southern accents, to include Texas, Cajun, and New Orleans.