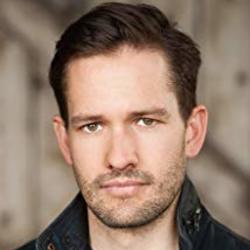 Anthony is a 2004 graduate of The Victorian College of the Arts in Melbourne and has since worked in theatre, film and television in Australia and internationally. A recent highlight was working with James Cameron on the Avatar Sequels in Wellington.

As a voice over artist Anthony has lent his voice to a variety of Australian radio and TVC clients including Belong Mobile, Reflex, Nando’s and Colourbond and is especially drawn to anything quirky, offbeat and loves character work.

Anthony has also voiced for several online animation projects and his Cooking with Christopher Walken sketch on YouTube has over 3 million views and has featured in Vulture, Buzzfeed and The Hollywood Reporter.