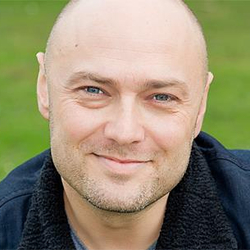 Having been ten times Male Comedian of the year Brendhan is your go to voice for any scripts that require a comedic slant. His versatile voiceover style lends itself to the whole range - from character, comedy and commercial through to your corporate sensible reads.

He may well make you laugh while he's in the booth - that's an added bonus on the house!