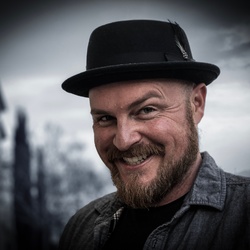 I can connect via: SOURCE CONNECT, PHONE PATCH, ZOOM, SKYPE.

Dan was born and raised in California's San Francisco Bay Area. He grew up immersed in a creative community surrounded by theater and arts. Inspired by a family member involved in local theater, it did not take long for Dan to find his way to the stage. At nine years old, he began acting and quickly fell in love with theater. His list of theatrical credits grew each passing year through high school.

Dan has trained with various voice over artists in Los Angeles, including Bob Bergen, Jodi Gottlieb, Richard Horvitz, Mick Wingert and many more.

Among his list of accolades and accomplishments throughout his career, Dan also lends his time to Universal Studios, Hollywood performing seasonally as The Grinch.

Dan is a travel enthusiest and loves trying exotic new foods. He currently lives in Los Angeles with his fiancé and their Bulldog Frances, Maximus Prime.