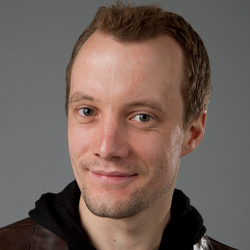 Eric Farmer is a well-rounded artist in the world of film-making and performance. Born in Australia, Eric moved to New Zealand in 2007 and has been actively working in the wider industry of film and TV ever since. In addition to being a voice artist and actor, with roles in television and leads in many short films, Eric is also an experienced character animator, as well as an animation teacher. A comfortable presenter and communicator with that quirky flare to be as "animated" as the occasion demands. Eric has a genuine and honest resonance in everything he speaks, with a heart to match. During training and mentoring from some of New Zealand's prominent voice and accent coaches, he receives comments on his natural aptitude and absolute authenticity and commitment in every performance.