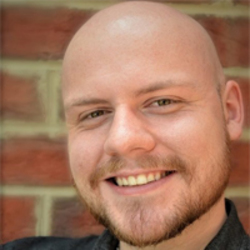 Hamish is a passionate and accomplished Melbourne-based voice actor. Beginning his career in 2016, Hamish has lent his voice across video games with titles such as the Film-Victoria funded 'Trash' and 'I Want to Go to Mars, Misadventurous' 'Repella Fella', and several others. He has worked web content, voicing Pengsu in the REEDS Season 2 Trailer and providing his voice for multiple animators on YouTube. He has performed in local and international audio dramas such as 'The Machine Stops' with Someone New Theatre Company and 'Not Quite Heaven' with Mysterious Movies. Alongside his character work, he has worked with Vision Australia and WKAR for narration with the reading of news and books.

Hamish also works as a screenwriter, having graduated with a Masters in Screenwriting from the VCA where he completed two scripts and a pitch bible for his TV series "Tetrad of Darkness" which made it to the quarterfinals of the Screencraft Animation Script competition. He's since gone on to pitch to both Nickelodeon and Cartoon Network, developing several other series in the process.