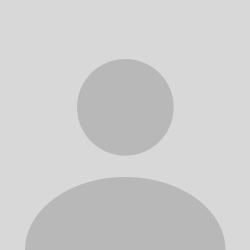 Kevin Wilson is a professionally-trained, non-union freelance voice over artist from the Mid-Atlantic region of the United States East Coast. Kevin received his voice over training from Such A Voice, an industry leader in voice over training and demo production with an A+ rating from the Better Business Bureau. Kevin has a BA in Asian Studies, and has spent many years in Japan teaching English in private schools and sharing his knowledge of American culture in interactive settings.

Kevin's interest in voice acting and voice-over work began as a child, listening to voice over pitches on the radio and to the voice-acting of his favorite anime, cartoon and video game characters. Kevin would often emulate the voice-overs by muting the sound and providing his own narration and characterizations. His interest in anime and Japanese culture brought him to anime conventions where he would often attend panel discussions hosted by recognized anime voice actors and voice-over artists. These discussions inspired and encouraged him to pursue his own career in the industry.

Kevin’s voice acting style has been characterized as a dynamic blend of youthful, inquisitive energy with a warm, friendly compassion that can be adapted to a variety of reads.