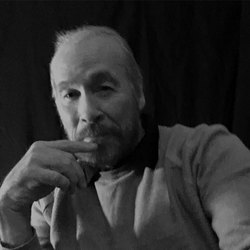 Lou Lambert is a seasoned voice actor with more than 25 years of experience.  He has received Hundreds of  Five-Star reviews from Voices.com and has recorded thousands of radio and TV commercials, imaging spots, training videos, narrations, e-learning projects, audio books, trailers and documentaries, as well as, many religious and inspirational readings.
His voice has been described as genuine, believable, sincere, guy next door, high energy, hard sell, soft sell, professional, smooth, announcer and authentic. His unique accents for characters and celebrities has been described as "spot on".  His voice has been compared to  Bryan Cranston and Sam Elliott.

Much of Lou's voice work has been represented in TV, radio, cinema and documentaries.  His range and style of delivery can match the most discerning clients needs from the "guy next door" to a powerful and emotional read that provides an honest, human and authentic delivery.  His unique ability to provide spot-on  accents' for characters and celebrity impressions provides for an engaging and entertaining performance.   His award-winning style and approach to each project is easy-going and extremely professional.   Lou's voice represents a wide range of clients in  banking, insurance, healthcare, telecom and clean energy industries, including government and law enforcement agencies.  From April 2016 to date Lou has completed 20 "Documentaries", 40 "Business" narrations,  12 movie "Trailers", 35 TV and radio "Commercials",  37 "Internet" narratives, 5 "Video Games" , 13 "Celebrity and Character voices in addition to 22 audio books on ACX / Amazon.  Currently Lou's voice has reached 700,000 views from the religious video series on YouTube's Merciful Servant channel.

From 2006 to the present Lou has received 7 Telly Awards for his documentary, PSA and commercial work, 33 gold, 11 silver and 6 “Best of Show” for broadcast TV, radio and social media from the American Advertising Federation.

Most recently, Lou recieved the "Best International Male Voice-over Performance from the One Voice Conference, UK for 2018. And for the second time in a row has made the short list for 2019