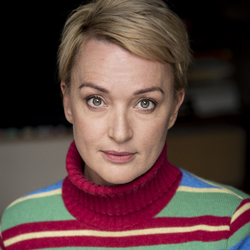 Graduating from Toi Whakaari - NZ Drama School in 1997, Luanne went on to work constantly in Theatre, Film and TV. In 2001 she won a best supporting actress gong at the NZ Film Awards for her first feature film role. She has amassed huge experience as a voice artist having spent hundreds of hours in a recording booth doing everything from: commercials, stories for radio, radio plays, corporate videos, advertising and character voices for radio bites.