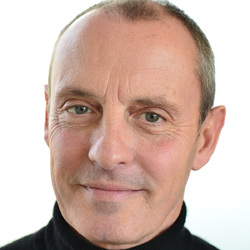 Owen is an actor, writer and broadcaster. He initially studied law and then went to drama school in London, acting in the UK for several years. Returning to NZ he wrote a book, DEEP BEYOND THE REEF, about the five generations of his family in Fiji, which he adapted and read for RNZ National. A feature-length film of the book was made, co-written and narrated by Owen. The film, AN ISLAND CALLING, won several awards around the world, including the Qantas Award in NZ. Owen continues to adapt and record for RNZ, while freelancing as a journalist and working as a voice over artist. He also narrates for Blind and Low Vision NZ. Owen was the Pronouncer on TVNZ's Spellbound in 2016, and at the Selling Bee Final at Te Papa in 2017 and the Wellington Art Gallery in 2018 and 2019.