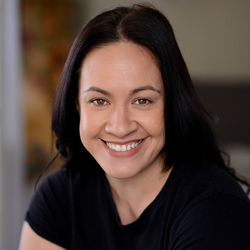 Stacey Leilua is a graduate of the UNITEC School of Performing and Screen Arts in Auckland. Majoring in acting, Stacey has also had a range of experiences in writing, directing, presenting and producing over her twenty year career in the Performing Arts.