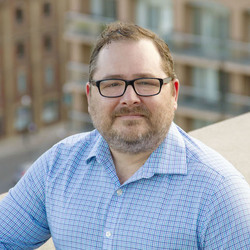 Steven Hobé has over twenty years experience as a voiceover artist, focusing on commercial, narration, character and gaming projects. He has also voiced many projects in the corporate and business realm, such as: internal and explainer videos and training / education.

His voice has been described as professional in tone, authoritative, friendly, conversation, believable and witty.

“Having spent part of my life in London, England and the other in North America, I have the ability to swing from British to North American accents.”

He also has the versatility and range to capture European, as well as the regional dialects of the UK – adept at straight reads, humorous and dramatic narration, as well as a range of character voice deliveries.

“At the end of the day, happy clients are my reward.”