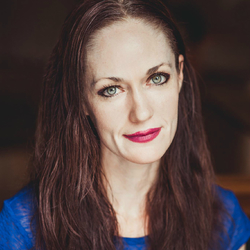 Kirsty has been an actor for 23 years, a native New Zealander, but has travelled and worked in the UK; London and Scotland for six years. Kirsty graduated from Toi Whakaari - the New Zealand Drama School in 1992. Since then she has acted in classical theater, lots of Shakespeare, Maori theater, and has worked in film and television. Her first major role in film was to play Saving Grace in Costa Botes and Duncan Sarkies feature, Saving Grace. Since then she has played Juliet, Rosalind, Maria, Mrs Cheavley, Mouse in Roimata, Valerie in Conor Mc Phearson's The Weir and Lorraine in Little Gem amongst numerous other roles. In 2007 she was chosen for the SGCNZ International Actors Fellowship at Shakespeare's Globe theater in London. In 2009 she graduated from Euorpean Act; a summer acting and writing intensive through the London Actor's Center and RADA, getting to study with Cicely Berry, Patsy Rodenberg and others. In 2012 she gained her masters in screen writing from IIML. In 2016 she graduated with her BA honors in Screen Production from the University of Auckland. Having written, directed and produced three short films, she is currently developing her feature script and crewing for film.