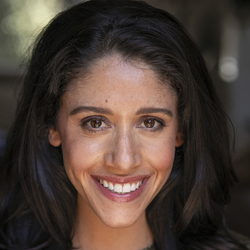 Sara graduated from Toi Whakaari New Zealand Drama School in 2014 (BPA in Acting) and has experience in both stage and screen.

Shortly after graduating Sara was cast as the voice of ‘Newts’ in the New Zealand children’s animated television series Darwin & Newts. The show is currently in its second season and is screening internationally. Sara is also the voice of ‘Corporal Garcia’ in the hit international video game Into The Dead 2.

Sara's acting training has given her a a vast set of skills with the ability to create various voices and characters and have fluency with different accents.

Sara's vocal range is extremely wide. She often voices children in animation as well as her upper range can extend to older sounding characters as well. She has a natural husk to her voice and creates big and colourful characters.