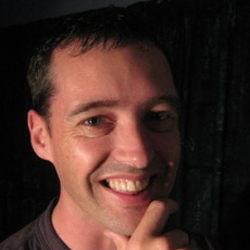 Vincent is young looking, young sounding in his early fifties! He's been in broadcasting for more than 30 years mainly behind the scenes as an editor and vision mixer. He ventured into radio at the beginning of the nineties when he did traffic reporting, announcing and general commercial-type voicing at Radio Rhema. 2005 saw his move to Prime Television where he had the chance to voice some commercials. Prime News also presented the opportunity to voice stories for some of their bulletins. Nowadays he's a freelance Vision Mixer and continues in the voicing game too!